ACROSS THE U.S. AND EUROPE 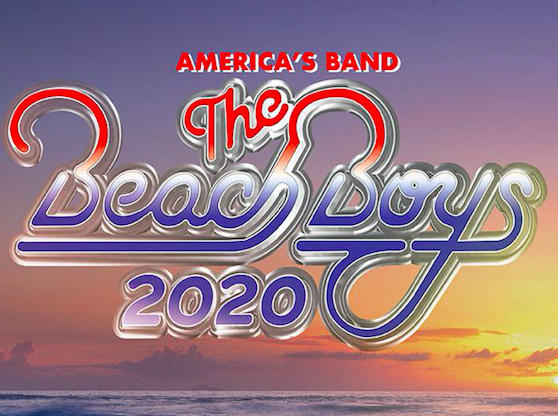 LOS ANGELES, CA, December 3, 2019 – The Grammy® Award-winning and Rock & Roll Hall of Fame band The Beach Boys will bring their iconic Southern Californian sound to additional cities across the U.S. and Europe in 2020.  Tour dates have been added in several markets including Newark, NJ; Wilkes-Barre, PA; and Washington, DC.   Previously announced 2020 dates include three nights at the historic Hollywood Bowl in Los Angeles, CA as well as shows in Denmark, the United Kingdom and Norway.  Tickets for the newly announced markets go on-sale to the public on December 6th, with additional dates going on sale soon.  For a complete list of dates and local on-sale information please visit mikelove.com or thebeachboys.com.

The 2020 tour comes at a particularly prolific time for The Beach Boys’ co-founder, lead singer and chief lyricist Mike Love, who was recently nominated for induction into the 2020 Songwriters Hall of Fame, in the prestigious “Performing Songwriter” category.  Love has written or co-written the lyrics and hooks to some of the most performed songs in pop music history including “California Girls,” I Get Around,” “Fun Fun Fun,” “Good Vibrations,” and “Kokomo,” cementing The Beach Boys legacy, alongside The Beatles and Michael Jackson, as the only artists to have produced twelve Top 10 Singles, within 5 years.

Most recently, Love released 12 Sides of Summer via BMG.  Produced by Sam Hollander (Panic At The Disco), Josh Edmonson, and The Beach Boys’ longtime musical director Scott Totten, the album features a mix of original songs, covers and fresh takes on classic hits including George Harrison’s “Here Comes the Sun,” The Dave Clark Five’s “Over and Over and Over Again,” as well as updated renditions of The Beach Boys’ “Surfin,” “Surfin’ Safari” and “It’s Ok,” featuring Hanson.  The song marked Love’s second recording with Hanson, after previously collaborating on “Finally it’s Christmas” for Love’s holiday album, Reason For The Season, released in October 2018.

Prior to Mike’s 2018 holiday album, he released Unleash the Love in 2017, a special double album featuring 13 previously unreleased songs and 14 re-recordings of Beach Boys classics to positive acclaim. Furthermore, in 2016, the hit “Good Vibrations,” celebrated its 50th anniversary. In honor of this prolific time in the life of The Beach Boys, Love released his highly-anticipated memoir titled GOOD VIBRATIONS: My Life as a Beach Boy, in September 2016- the book made its way to the New York Times Best Seller list immediately following its release.

As The Beach Boys mark more than a half century of making music, the group continues to ride the crest of a wave unequalled in America’s musical history. The band has become synonymous with the California lifestyle and an American icon to fans around the world, selling over 100 million records worldwide, with more than 33 RIAA Platinum and Gold record awards. The Beach Boys were also honored at the 2001 Grammy Awards with the Lifetime Achievement Award. With more than five decades of touring under their belts, playing over 150 shows per year worldwide, The Beach Boys have performed more concerts than any major rock band in history.

Exclusive VIP package offerings for The Beach Boys 2020 tour, including a Meet & Greet with Mike Love and Bruce Johnston, are available at select shows.  For more information, please visit MikeLove.com.

March 27 in Portland, ME @ Merril Auditorium*

March 31 in Worcester, MA @ The Hanover Theatre for the Performing Arts*

April 05 in Wilkes-Barre, PA @ The F.M. Kirby Center for the Performing Arts*

April 07 in Washington, DC @ The Anthem*

May 01 in Thackerville, OK @ WinStar World Casino and Resort